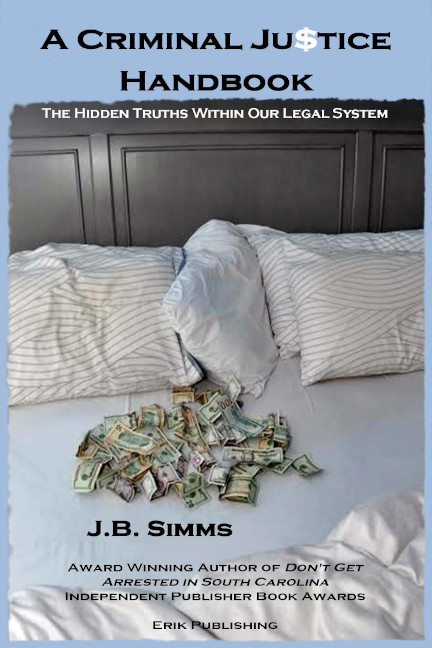 This easy to read handbook details the relationship between the prosecutor, defense attorney, defendant, law enforcement, and bail bondsman. Secrets are exposed, laws are explained, and you will see some criminals wear a coat and tie. 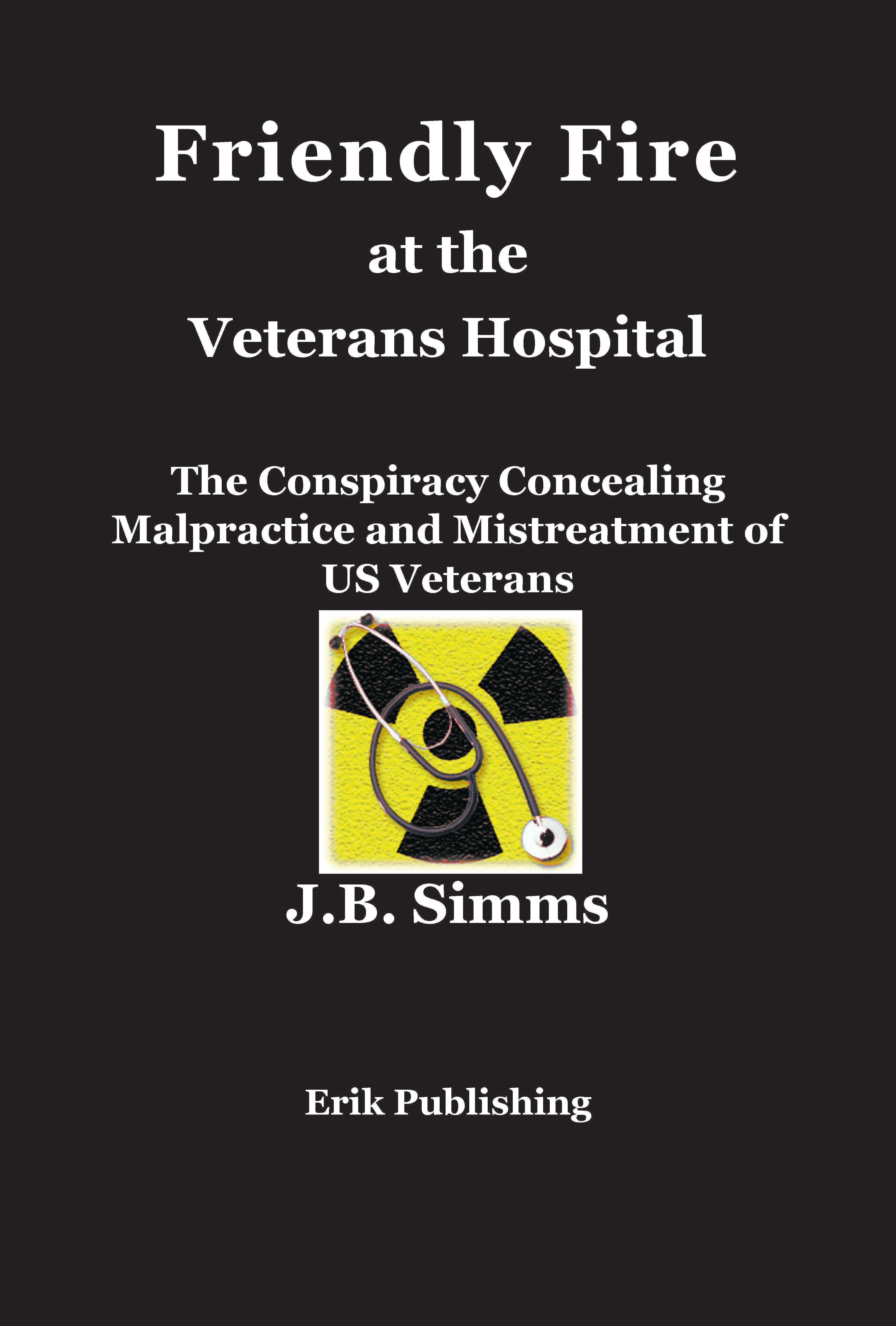 Friendly Fire at the Veterans Hospital

Veterans were being "fried" at the cancer treatment area. The cover up of this abuse ranged from the head of oncology to the halls of the VA administration. This book details the abuse, the cover up, the deaths, and the brave technician who saved lives at the cost of her health. 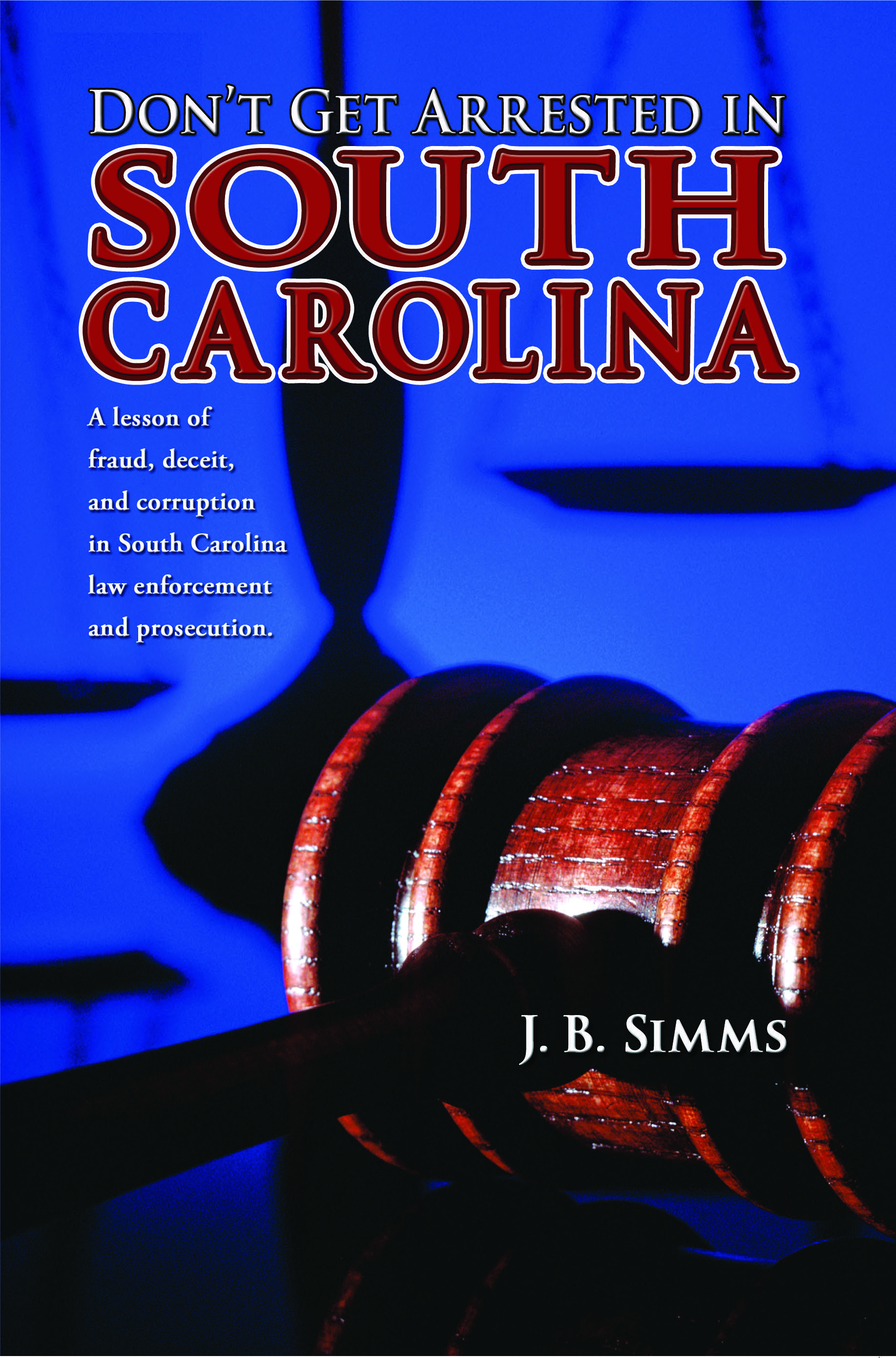 Don’t Get Arrested in South Carolina

A well loved dentist was struck as he rode his bicycle and left to die on a roadside. Law enforcement learned the original suspect was a former law enforcement officer. The plan began to frame an innocent man, who could only get one person to actively investigate and defend him; a local private investigator. This book was awarded a bronze medal for best true-crime writing by Independent Publishers in 2009.

FEDERAL CORRUPTION NEEDS TO BE EXPOSED. DISHONEST PERSONS WORKING FOR THE US GOVERNMENT, WHO CANNOT GET A JOB IN THE PRIVATE SECTOR, GET FEDERAL JOBS AND JOIN THE CORRUPTION.

After having conducted five undercover investigations over a two year period beginning in August 1981, J.B. Simms was hired as a private investigator with the Columbia Detective Agency to begin specializing in missing persons. In the spring of 1984, Simms traveled to San Francisco to investigate the disappearance of a young man who his grandmother had not heard from for six months. Simms found that the man’s identification had been being used to obtain money, but the missing man had not made contact with any family members. It was learned that the young man had died of “unknown causes,” one of only 9 cases that year in San Francisco. It was then determined that this was the beginning of the revelation of the AIDS epidemic in San Francisco.

Later that year, he created J.B. Simms Investigations and continued to do missing persons work, reuniting many adoptees with their biological parents, and conducting criminal defense investigations. He obtained first hand knowledge of the fraud and corruption within the criminal justice system and civil litigation.

During his first murder investigation, an attorney (former prosecutor) made false statements against Simms in order to protect a murder suspect. Simms exposed the plot against himself, but this would not be the last time he would have conflicts with corrupt officials.

For over 25 years as a licensed private investigator, Simms worked with a number of attorneys and provided consultation on numerous criminal and civil cases. Many defendants were proven to be innocent.

Simms was also involved with federal law enforcement agencies in the detection of suspects having committed federal crimes.

During this time one of his clients, Charles Outlaw, was accused with involvement in a fatal hit and run accident. Three years later, the case ended with the dismissal of felony charges against his client. This case is the inspiration behind Simms’ first book, outlining three years of criminal activity committed not by the defendant, but by those involved in attempting to protect the guilty.

Don’t Get Arrested in South Carolina, the first of three legal books written by Simms, is the story of the attempts by the South Carolina legal system to force a man to lie under oath and to cover up their activity by dismissing false charges against the defendant.

There will always be corruption. Simms’ hope is that there will be fewer victims if the subjects know what to do when they are attacked by the system. This was his motivation for writing his first book and the reason he defends victims today.

J.B. Simms participated in investigations which have appeared on Primetime (ABC) Live with Diane Sawyer,  and Dateline NBC. One of Simms’ clients was the largest bail bond company in South Carolina, where from 2004-2006 Simms located and assisted in the apprehension of every outstanding fugitive and the bail bond company forfeited no money to the courts for fleeing fugitives.

The most recent investigation began when Simms’ identity was hacked, resulting in the exposure of malfeasance on the part of Bureau of Fiscal Service, a division of US Treasury. Bureau of Fiscal Service is charged with awarding the contract of oversight to a bank which dispenses federal benefits, to include Social Security, VA benefits, and other categories of recipients. Simms challenged OIG Treasury reports, resulting in the formal commissioning of an investigation by the Office of Inspector General of Treasury into the malfeasance of Bureau of Fiscal Service, Comerica Bank, and Conduent (a subcontractor of Comerica Bank). Simms furnished the names and narratives of over one hundred fraud victims to agents of US Treasury which validated the assertion.

Follow the links below the books to read the previews and enable you to make a purchase at Erik Publishing. http://www.erikpublishing.com